The oases of the Western Desert are Siwa, Farafra, Bahariya, Dahkla, and Kharga. Bahariya is the closest of the five Western Oases to Cairo and it serves as a great jumping-off point to other destinations in the desert. Bahariya is situated in a depression about 100 km long by 40 km wide and is surrounded by high black escarpments. The valley floor is lush with date palms, several springs and a salt lake. Due to its proximity to Cairo many tourists are now able to come here for a one or two day trip. At about 365 km southwest of Cairo, Bahariya Oasis is easy to reach and it is the best starting point from which to see the Black Desert and the White Desert.
Bahariya was an important center for agriculture and was a source of minerals since Pharonic times. Throughout history it served as an important trade route for caravans through the desert. The oases are supplied with water by many natural hot and cold springs. The most famous of these, a thermal spring with medicinal and restorative properties, comes out in the village of Bawiti. Wildlife is plentiful and the oases are regular stops for migratory birds.
There are two temples in the area, one dating to King Apries of Dynasty XXVI and the other to the reign of the Greek ruler Alexander the Great. Relatively recently tombs have been unearthed and the Golden Mummies were discovered. Now famous all over the world the 'Valley of the Golden Mummies' is the biggest of its kind and it is estimated that there are 5,000 to 10,000 mummies from the Greco-Roman period still buried here.
The inhabitants of Bahariya are a mixture of the original oasis dwellers, the Bedouin tribes of the Western Desert, and families who have migrated from Middle Egypt and the Nile Valley. The Egyptian Oases, including Bahariya, Siwa, Farafra, Dahkla, and Kharga have their own style and magic. The people of these traditional communities are different from any other population in Egypt. They have their own unique habits, customs, and beliefs. 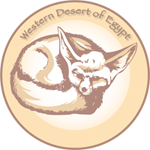